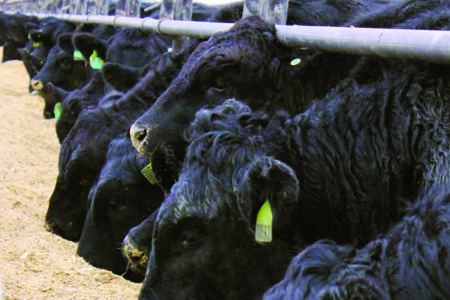 GrowSafe Systems recently released its 2020 Top 150 Proven Bulls for Residual Feed Intake (RFI). As would be expected, there were several Limousin bulls in the listing including the Number 1 overall bull, Wulfs Xcellsior X252X. Additionally, the Limousin breed boasted 3 of the top 10 bulls and 6 of the top 30 bulls.

According to Gareth Llewellyn, Chief Executive Officer for GrowSafe Systems, “The GrowSafe feed efficiency database is the world’s largest multi-breed repository with over 238,530 individual EPD animals. For the first time, GrowSafe is publicly releasing the top proven feed efficiency bulls. Each phenotyped animal strengthens the data producers use to make profit-bearing decisions regarding feed efficiency and performance. Together, with the GrowSafe Network, we invite you to review and incorporate this elite list of bulls in your future breeding decisions.”

The public list includes all bulls with at least a 0.6 accuracy rating on their RFI EPD and can be downloaded here.