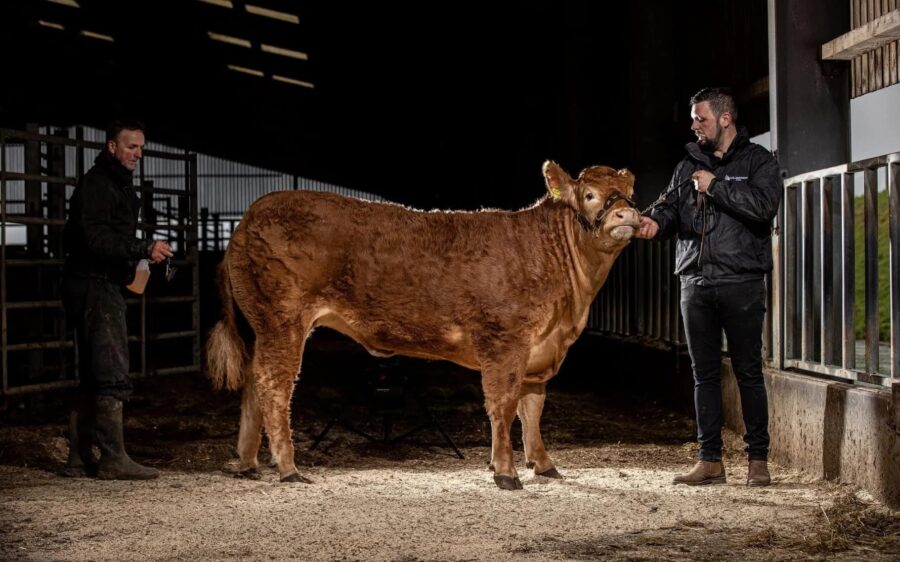 A pedigree heifer named after Posh Spice has been sold at a British auction for over $360,000 (£262,000,) breaking the world record for the prized Limousin breed.

The fourteen-month-old Wilodge Poshspice also became the UK and Europe’s most expensive bovine animal with the sale on January 29, according to the British Limousin Cattle Society.

The offspring of the prize-winning Milbrook Gingerspice, Poshspice was described by her delighted breeders — Christine Williams and Paul Tippets at Lodge Hill Farm in the English county of Shropshire — as having the ‘”x-factor.”

“Because of the uncertain times we are in we weren’t sure if we would be able to hold the sale,” Williams told CNN. “But at the sale it just all took off.”

The maiden heifer “is the making of a supermodel on four legs,” she said.

While the cow’s name might appear to reflect a love of Victoria Beckham or the Spice Girls as a whole, Williams said it was a homage to the heifer’s mother, Gingerspice.

“We believe she sold so well because of her pedigree, in particular her mother, Milbrook Gingerspice. She was a great animal and was rated very highly by fellow breeders,” Williams explained.

She was sold at Harrison and Heatherington auctioneers in Carlisle, Scotland, to Craig Douglas of AW Jenkinson Farms, Cumbria, England.

“I am absolutely delighted to have her. We liked the look of her from the catalogue but at the auction it was clear she was the stand-out heifer at the market,” Douglas told CNN.

He plans on putting his new prize onto an IVF program, with her fertilized eggs to be implanted into other heifers.

“We want to get as many calves off of her as we possibly can,” he said.