The Power of Genomics in Registered Herds

The Power of Genomics in Registered Herds 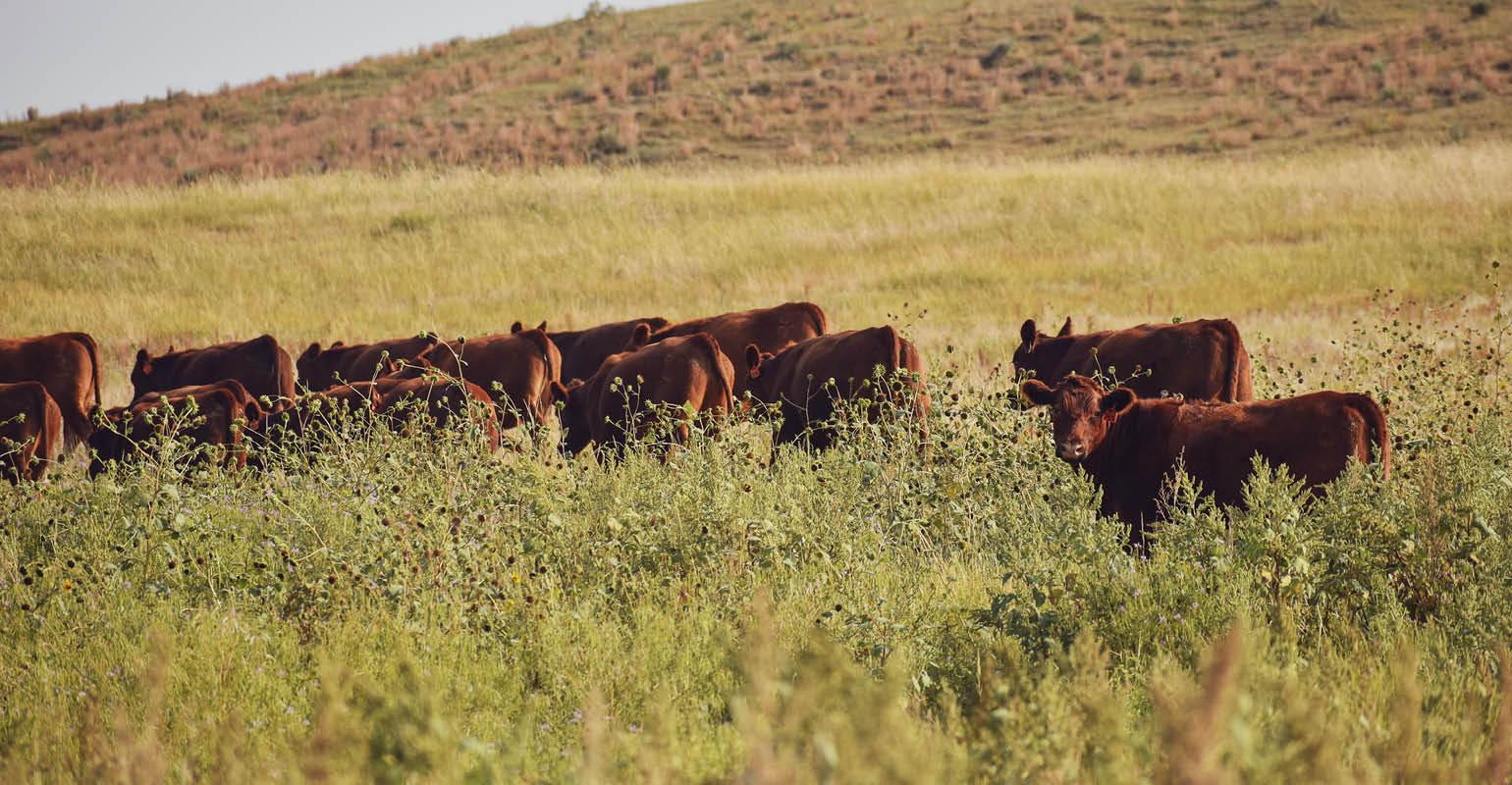 The use of genomics, or DNA, in genetic evaluations has been happening for about a decade, providing “Genomic Enhancement” to the EPDs producers were already accustomed to. Like any new technology, advancement and understanding led to growing pains, but it is safe to say that it has been quite impactful. In today’s industry, genetic evaluations are used to characterize the genetic potential of registered cattle to ensure the correct animals are being selected and propagated for key economically relevant traits.  To do this, seedstock producers invest heavily into capturing data and characterizing their herd for key trait attributes. In the end, it’s about more than producing the best cattle, it’s about reputation. Recording data combined with genomic testing of cattle strengthens the power of the genomic evaluation and increases its accuracy. After all, an EPD is an “estimate” of an animal’s genetic merit for a trait. An increase in accuracy helps narrow the margin of error around that estimate. This is most important for traits such as heifer pregnancy and carcass traits that are either difficult to measure or are measured later in life.

Most commercial and seedstock producers understand the benefit the technology brings to them and their cattle. As a result, seedstock producers use it to develop high quality seedstock that their commercial customers have come to rely upon. This relationship is based on trust and reputation as much as on the bulls which are sold. Selling bulls with genomically enhanced EPDs is a standard practice to ensure that when a young bull is sold to a commercial rancher, he will perform as expected.  In other words, purchasing a heifer bull will not lead to a calving season filled with pulling calves. Genomic testing increases the confidence a seedstock producer has in the bulls they are selling, as well as the confidence the commercial customer has in their purchase.

Why the increase in accuracy? Due to basic biology, officially termed Mendelian sampling, there are over one quintillion possible combinations of DNA that full sibling calves can inherit, no matter the sire. Traditionally it has taken several years of recording phenotypes of progeny to characterize which calves inherited the “good” genes from their parents.  Genomic testing is a tool to characterize what specific genetic merit an animal inherited at a younger age than has been feasible from pedigree information and progeny records alone (Figure 1).  Using the graph, comparing the curved lines (Non-genotyped animals) to the straight (Genotyped animals) for stayability (STAY) shows that a very young calf can have a genomic test which provides insight on inheritance of genes equivalent to 25 progeny records based on where the lines intersect, with an accuracy of 0.26.  Think about this – How old would a bull have to be to have 25 daughters with stayability to 6 years of age to calculate his stayability EPD from a traditional pedigree based genetic evaluation?

Selling bulls who have been tested is great for your reputation with those commercial customers and that relationship, but have you thought about how you can use that information to improve your own registered cow herd? Believing in the technology is simple, once given the opportunity to see the results. Purchasing a genomic profile for animals has a cost but is an easier pill to swallow once you dive into the economic advantage it brings. However, males only provide offspring with 50% of their DNA, the other half comes from the female. As a seedstock producer, if you are testing your bulls, you obviously believe in the technology and the benefit it brings to you and your customers, but you are putting the focus and resources on the cattle that walk off of your operation and into your neighbor’s pasture. Although that is an important first step, it’s time to begin thinking about how you can use the technology to benefit the “other half” of the mating equation, and the animals whose genetics impact your herd and ultimately your bottom line.

Logically, all the reasons and benefits that come from genomic testing in males are equally as applicable to females. By testing replacement heifer candidates, you can learn more about which genes were inherited before making selection decisions, increasing the accuracy of their EPDs and ensuring you select females that inherited the best genes from the bulls you paid good money for. As previously mentioned, genomics has long been held as a tool for traits that are hard to measure or expressed late in life. Not only do both concepts apply to a trait like stayability, it is also a large economic driver on an operation. With the progeny equivalents for the trait equaling 25, testing a replacement heifer candidate provides more insight on her genetic potential than an entire lifetime of production and tracking her daughters.

Although genomic testing does directly impact the breeder, they are not the only ones who benefit from the technology. By combining increased accuracy of selection to both sides of a mating, genetic gain within a herd and an entire breed can be attained at an even more rapid rate. Genomic testing of an animal impacts all related individuals within a registry and, in some cases, those who are not related but share parts of their genome by chance. Adding genotypes on females will begin to provide evaluations with the full picture, increasing its ability to quantify the genetic potential of females. This helps strengthen the power and accuracy of the evaluation for all who participate and register cattle.  This additional information will be most beneficial on traits where phenotypic records are difficult to measure or are measured late in life when selection decisions have already been made.

For the future, the path to having dramatically improved offerings of bulls requires the addition of genomic testing replacement heifer candidates, today. The increased accuracy from genomic testing leads to improved selection of heifers that meet your operation’s breeding objectives. Then, aligning sires to complement each female in your herd becomes an easier and more informed process. This ultimately leads to an improved overall quality of your bull offering and alignment with the needs of your customer base. 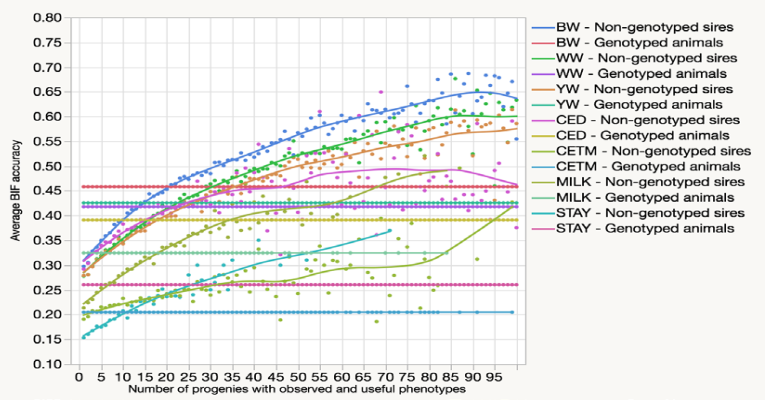