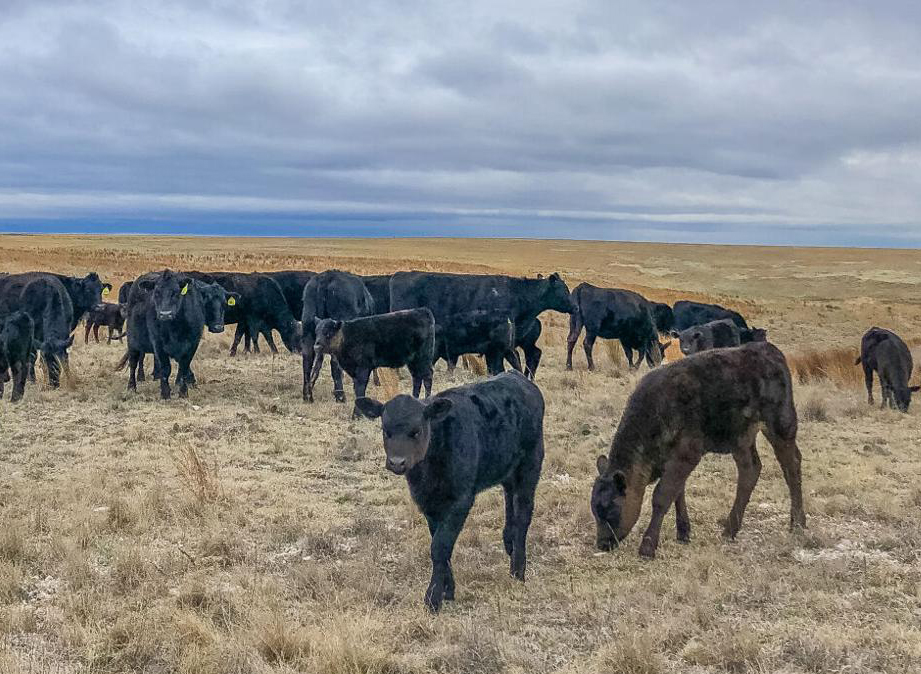 A number of factors should be taken into account when determining whether or not a cow-calf operation is productive. Beef producers must nurture a number of relationships along with the cattle in order for the herd to remain healthy and productive. Their veterinarian is often at the center of a herd health plan.

Although the challenges for a producer and veterinarian are a little different, they are still working for the same end goal. Quentin Dailey, a cattleman in the Lexington, Nebraska, area where he cares for a 450 head cow-calf herd, said the biggest obstacle he faces is the weather—especially during critical times of the year like weaning and calving. Dailey spoke during the recent virtual Stockmanship and Stewardship event.

“We went from 60 degrees at 7 a.m. in the morning down to 30 degrees within an hour,” Dailey said. “You have the temperature swings and the up and down weather. That’s a huge challenge on these calves.”

Dramatic weather changes happen in the fall and spring, and Dailey tries to keep on top of the health issues. Dr. Becky Funk, DVM, University of Nebraska Great Plains Veterinary Center, does too.

“It’s one of the biggest things we fight here and even on the health side that throws some big challenges at us,” she said. “Weather stress is very impactful on everybody in this region.”

“We have great cattle producers in the state of Nebraska and a lot of them are very forward thinking,” she said. “Most of them do have very good health management programs in place and they’re thinking forward how to manage those challenges before they become an issue.”

When clients are like that, it helps make Funk’s job easier. The number one thing she tells clients to do is have a plan to help improve overall herd health and better prepare for those challenging weather events.

“I think the biggest thing client’s can do to address those type of issues is simply think forward to what could happen, and nobody wants to plan for the worst, but contingency planning makes a big difference when things go south,” Funk said. “Talk to your veterinarian. We can help you figure out some of those plans ahead of the time when that crisis hits.”

Whether it is protecting baby calves the best you can during a blizzard or doing other key things to help the herd in times of stress.

“A lot of times a set of outside eyes on your operation can give you some angles you haven’t thought about,” Funk said. “Veterinarians are good in that respect, in that we can oftentimes come in and see things about your operation that maybe you haven’t noticed sort of snuck up on you or maybe just a different viewpoint that you weren’t thinking that direction.”

Dailey said even with the best plan, raising cattle is still a process.

“Even the best laid out plan can still humble you, and disaster still strikes, but having that relationship with the vet ahead of time, and coming up with a plan helps,” he said.

For example, Dailey made a plan to precondition calves and do some things ahead of time to bolster their health and immunity, as well as nutrition. Even going as far as to plan out crop seeding and shelter options for the calves. But there was still some issues to deal with.

“Just like Becky said, having somebody else come in and look. They see things that you don’t see every day,” he said. “But I think the biggest thing is, is having that plan.”

Dailey didn’t always precondition calves, but a few years ago he decided to start and determined that it would pay dividends to do so. When there is a plan in place and disaster strikes or there’s a breakout of sickness, they know what they’re going to do.

It takes the stress off of everyone involved in the day-to-day operation.

“Because there’s plenty of other things that can be stressful in the operation,” he said. “So if you have those plans in place, it helps to mitigate when the disasters do happen, or to ease up having major disasters.”

While planning is certainly key—producers continue to learn that preparing and creating those plans is really important—it’s vital to have a good relationship with the vet who will be caring for the livestock. And not just in an emergency.

In Dailey’s operation, several different vets are used throughout the year and he’s found it helps to bounce ideas and different things off them. He believes in stopping by the clinic just to talk and building the relationship.

“They probably appreciate a good relationship like that versus not because—I’m sure there’s plenty of people that call once or twice a year and it’s an emergency,” he said. “They need help and they need it fixed now and you know they don’t know that person hardly at all.”

Having that relationship, especially when it’s an emergency, will likely make the vet a little more willing to help out when it’s someone they know.

“I think that’s probably the most important—I’ve just been friends with them,” he said. “You talk with them all throughout the year. And, not only in the spring but, you know, we discuss what we’re going to be doing in the fall.”

Last year Dailey had an issue with some weaned calves and he discussed it with the vet all through the year about how protocols could be changed or different vaccines used.

“We kind of bounced different ideas around,” he said. “Well, that obviously didn’t didn’t work and we did have a problem with this set. We had all year to figure that out, not wait till the last moment.”

When he needs a little help, his vets are more willing to help him out.

“We do have a good relationship,” he said. “They’re a lot more willing to help you out than if you just call once a year.”

Funk works with many producers, and has a pretty good idea of what is good, bad and relationships that need work look like with clients. To her, an ideal relationship is one where the producer knows their operation, management and their goals.

Funk needs to know those things and have that relationship if she’s going to be able to do the best job for a producer that she can. For example, if she’s been asked to write a veterinary feed directive and doesn’t know the producer or have a relationship with them, she can’t legally write it.

Funk said beef producers are often in rural areas and don’t necessarily have to just talk to the vet at the clinic—they can talk business at school functions or a basketball game.

“We’re always fostering those relationships if we can,” she said.

Producers need to be aware that rural veterinarians are spread really thin right now, Funk said. There’s distribution issues where veterinary practice areas are getting very large and very hard to cover. Many clinics have limited openings because they’re lacking in veterinarians or in the recruiting process.

There’s a lot of veterinarians coming out of vet school who may not be getting to rural areas or have the experience in certain areas other vets do.

“There may be opportunities to look for someone else to add to that relationship if there’s somebody in the area or even on the fringe of the area that maybe is more interested in doing those emergencies or likes doing something like that more than the herd health plans,” she said. “We can work to different people’s strengths.”

Funk said community support for a young veterinarian is crucial.

“Young veterinarians that come into an area—for a lot of them, a rural lifestyle is a culture shock,” she said. “First and foremost, a lot of them are coming from outside rural areas.”

She suggests communities encourage new veterinarians to become involved in activities and to be supportive particularly when they are fresh out of school. Funk said all young vets have to start somewhere, and understand there’s a learning curve for that, especially if they’re dealing with culture shock.

“Support is critically important to keep them there and make them feel welcome,” she said. “The hardest thing for a new graduate, and I can tell you from my own personal experience, is when somebody comes into the clinic and says, ‘I don’t want the new graduate I want old doc’ that’s a tough row to hoe.”

Funk said it’s important for beef producers to not be that person who discourages young veterinarians and new graduates. Help keep them on solid ground as they start their career. She’s also found she needs do her part and ask the right questions of producers.

There were many questions Dailey wished he had the answers when he started out, but he’s gained wisdom along the way, like accepting help from people who have expertise and utilizing their resources.

“You’re humbled very fast. They don’t teach you in the textbooks how to deal with these situations that come about,” he said. “And that’s why you can turn to your vet for help.”

“Support is critically important to keep them there and make them feel welcome,” Funk concluded.