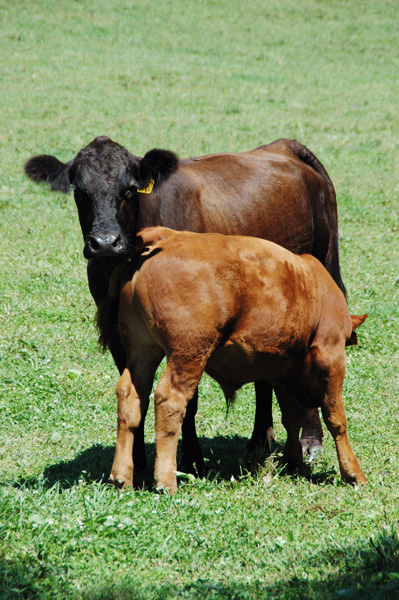 The biggest impact of BVDv is the tendency for some animals to be persistently infected (PI) with the disease and constantly expose other animals to the BVD virus.

“Markets generally do a very efficient job of allocating resources and achieving optimal outcomes. However, markets sometimes fail to provide efficient and socially desirable results. Market failure is usually the result of situations where market participants do not fully recognize and incorporate all costs and/or benefits into their private decisions.

“Bovine Viral Diarrhea virus (BVDv) disease is an example of market failure. BVDv is one of the contributing disease agents in Bovine Respiratory Disease (BRD). BVDv is an immunosuppressive disease that increases the morbidity and virulence of other respiratory disease agents. Eliminating or greatly reducing BVDv would not stop BRD from impacting the cattle industry but unique characteristics of BVDv enhance the impacts of the disease and also contribute to a level of control that is less than economically optimal for the industry.

“BVDv causes acute infections that often result in unthrifty animals with reduced productivity and requiring treatment. However, the biggest impact of BVDv is the tendency for some animals to be persistently infected (PI) with the disease and constantly expose other animals to the BVD virus. PI cattle may or may not show symptoms of the disease and thus surreptitiously represent a constant reservoir of BVDv exposure throughout the cattle industry.

“Persistently infected calves are born when cows are infected with BVDv in the first trimester of pregnancy. PI calves that survive may reenter the herd as breeding cows or proceed through stocker and feedlot sectors to slaughter. BVDv incidence is relatively low at about 0.3 percent of cattle and only about 4 percent of cow-calf herds will have a PI positive animal. The commingling that occurs in the stocker and feedlot sectors greatly magnifies the impact of PI cattle. A single PI calf may expose at least 150-200 head of other cattle to BVDv over its life. It is estimated that 79 percent of feedlot cattle are exposed to BVDv from a small number of PI cattle.

“Several factors contribute to the market failure that results in less than optimal control of BVDv in the cattle industry. Most of the impact of BVDv occurs in the stocker and feedlot sectors; however, the cow-calf sector is the source of PI calves. With relatively low prevalence and incidence of BVDv, cow-calf producers have little incentive to test for and remove PI animals and many do not even vaccinate for respiratory disease. Those cow-calf herds that are BVDv infected are impacted with lower calving percentages (abortions and failure to breed); lower weaning weights; and increase pre-weaning calf mortality. However, many times these costs are not recognized and attributed to BVDv.

“The stocker and feedlot sectors likewise often do not recognize the contribution and impact of BVDv to the respiratory disease that is the biggest source of morbidity and mortality in stocker and feedlot production. The value of testing for PI cattle at these levels is reduced once cattle are already exposed through transportation and commingling during receiving. Most cattle are vaccinated for respiratory disease at the stocker and feedlot level but this is less effective since cattle are often already exposed. Vaccination has no impact on PI cattle who will continue to shed the virus continuously. It clear that BVDv control must begin at the cow-calf level but the costs and benefits of better control are not properly distributed across the complex set of cattle production sectors.

“Recent research at Oklahoma State University shows that the net value of enhanced BVDv control in the beef industry may be as much as $24/head (Hurt, 2018). However, there are no widely used market mechanisms for the stocker and feedlot sectors, who are the primary beneficiaries of enhanced BVDv control, to provide better incentives to the cow-calf sector to find and eliminate PI cattle before they leave the ranch. For the vast majority of cow-calf operations that are not infected, the cost of testing to ensure PI-free status is a net cost that is not compensated. PI-free premiums can help but are not regularly used. PI infected cow-calf herds will benefit directly over time from eliminating the disease but will incur significant initial costs to detect and depopulate PI animals. An indemnity program to pay for eliminating PI animals might increase incentives for better BVDv control in cow-calf herds. Moreover, unless enhanced BVDv control is implemented as a comprehensive effort, even a reduced number of PI animals will significantly compromise the value of BVDv control at the stocker and feedlot level. It will take a coordinated industry effort to realize the value of enhanced BVDv control in beef industry. Nevertheless, it appears the value is there.”