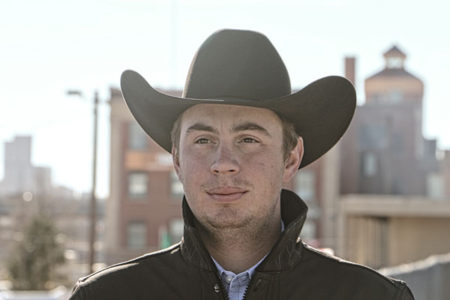 Limousin365 is excited to announce the addition of Cole Smith to the team.

“Cole brings with him a tremendous amount of hands-on experience and true respect for the Limousin breed of cattle and the seedstock and commercial cattlemen who utilize them,” said Kiley McKinna. “The energy and enthusiasm he brings to the table will be assets as he gains a greater understanding of the promotion and marketing side of the seedstock business.”

Cole was born and raised in Plainville, Kansas, where he grew up helping his father, Mike Smith, with the day-to day-operation of Liberty Ranch, a Limousin and Lim-Flex seedstock operation. After graduating from Plainville High School, he attended Kansas State University where he worked toward an Animal Science degree with a Science option. While at KSU he was the VNR of planning for the Alpha Gamma Rho fraternity and both secretary and vice president of the pre-vet club.

Cole was also active in FFA, serving as State Sentinel for the Kansas FFA and later on the State Officer Nominating Committee. The speaking skills he learned through FFA have served him well, including being tapped as a speaker for the Limousin and Gelbvieh Power Conference in 2014.

“I am excited to be the newest Limousin365 team member as we work to promote the breed and foster continued positivity among the breeders and users of Limousin genetics,” Smith said. “I look forward to working with existing customers while helping to develop new clientele.”

Currently, Cole and his father maintain their own herd of Limousin and Lim-Flex cattle and ranch horses while overseeing the southern division of Lonely Valley Seedstock, LV Bar. In his spare time, he enjoys hunting, fishing, training horses and participating in the occasional ranch rodeo. He is also an avid reader and aspiring cowboy poet, having received valuable input and constructive criticism from his favorite poet, Baxter Black.

“I will enjoy the opportunity to work with breeders of all sizes to help them promote their program and show the world the quality and value we have in this breed,” Smith said. “This is an incredible opportunity to learn and grow, while helping get the Limousin breed the recognition it deserves.”